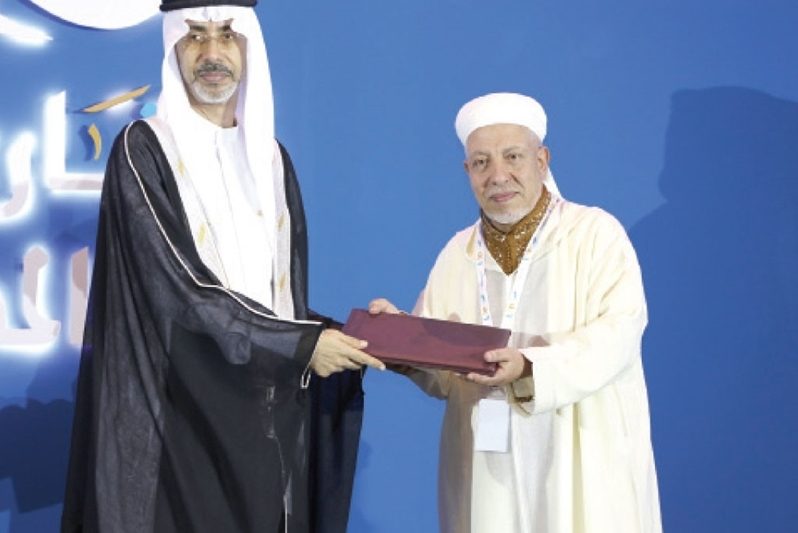 Master Muhammad Hassan Al-Turabi is a prominent Moroccan Qari and one of the top Qaris of the Muslim world.

He has been serving the Holy Quran for more than 50 years by reciting the Quran with his sweet voice.

Al-Turabi says, “From early childhood, I loved listening to (Egyptian Quran master) Abdul Basit Abdul Samad’s recitations and after a while I began imitating his style. I started by reciting Surah al-A’ala,” .

He also says, “One day, our neighbor who was originally from Yemen, told my mother to turn up the radio, to hear Abdul Basit’s recitation, not knowing that it was my voice. My mother said it was me and he was really surprised. The neighbor told my father to pay more attention to my Quran recitation learning predicting a bright future for me.”

“From then on, my father would take me to Quranic circles and buy me Quran recitation cassettes.”

He later mastered the Andalisat style of Quran recitation and wrote a book about the style.

The Moroccan Qari has also served as an arbiter in national and international Quran competitions, including those in Bahrain and Tunisia.

In 1976, al-Turabi established al-Mawahib Quranic school in which the students learn Tajweed and styles of Quran recitation.

He says apart from his God-given talent, his family environment and his parents’ adherence to Islamic teachings played a great role in his success in becoming a prominent Greatest Qari.