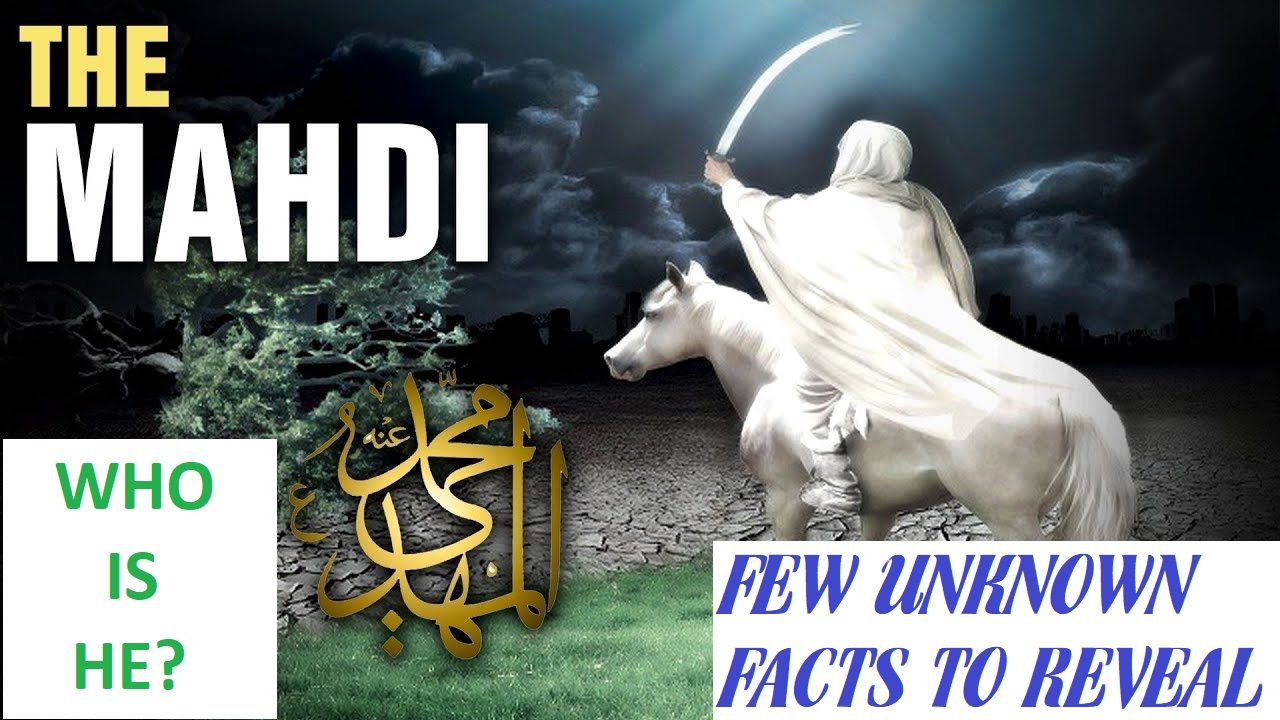 SIMILARITIES BETWEEN HAZRAT MAHDI (AS) AND THE PROPHETS

ADNAN OKTAR:As far as we can tell from the accounts, he is reminiscent of the Prophet Jesus (as). But in terms of the mole on his cheek he will resemble the Prophet Musa (as). Since they come from the same family line, genetic similarities will of course be passed on. For example, he has the mark of the Prophet (saas) on his back. That mark is handed down genetically. For example, there is a mark on Abdulkadir Gaylani’s back, and that has also been passed down. Genetically down the generations… And Hazrat Mahdi (as) will have it.

HE PORTENTS OF THE COMING OF HAZRAT MAHDI (AS)

ADNAN OKTAR: Our Prophet (saas) speaks of certain phenomena. These have almost all come about in the space of just 30 years. If any ordinary person had said this it would have rocked the world. Great things would have happened. But he said these things 1400 years ago, making it a truly significant phenomenon. But everything our Prophet (saas) said has come about. For instance, he says there will be two eclipses of the Sun in Ramadan at the coming of Hazrat Mahdi (as). In the year of his coming, he says. And there were both lunar and solar eclipses in 1981 and 1982 during the month of Ramadan.

ADNAN OKTAR: Yes. He said there would be war between Iran and Iraq.  And that happened in October, 1980. He said that Afghanistan would be occupied, and that happened in 1979. He says that the waters of the Euphrates will be stopped, that blood will flow in the same region, and that has also happened. The waters were stopped with a dam, and, as you know, anarchy broke out in the region. He says there will be eclipses of the Sun and Moon in Ramadan. And in 1981 the Moon was eclipsed on the 15th day of Ramadan and the Sun on the 29th day. In 1982 the Moon was eclipsed on the 14th day of Ramadan and the Sun on the 28th day. Our Prophet (saas) says a comet will appear in the same period. And that happened right after, in 1986. Our Prophet (saas) says there will be an attack on the Kaaba in the year when Hazrat Mahdi (as) comes, and that blood will flow from the Kaaba. And 402 people were killed during the massacre in 1979. The Hijri year 1400 is the year of the coming of Hazrat Mahdi (as). Our Prophet (saas) says a sign will appear in the Sun. And there was a huge solar explosion in 1996, the greatest sunburst of the last century. He says an army will vanish in the desert, and the Iraqi Army disappeared in 2003, during the Iraq War. The Prophet (saas) says that Baghdad will be ruined by fire, and that also happened during the Iraq War in 2003. He says that Iraq will be reconstructed, that its buildings will be re-erected, and that has also come about. He says that the Iraqi unit of currency will be abolished, and that also happened. Our Prophet (saas) refers to a corruption of smoke and dust at the same time. And that happened on September 11, 2001. He says there will be hurricanes and tornados in that period, and we had Hurricane Katrina in 2005 and Hurricane Ike in 2008. The Prophet (saas) especially refers to the technological equipment and features of the time. He says people will be able to see and speak to one another from great distances. He says people will speak to one another through the tip of a whip. That is a reference to the telephone and its cables and antennae. He says people’s own voices will speak, a reference to tapes and videos. He describes just about all the technological devices of that age. He says that there will be agriculture with no oxen or ploughs, using technical equipment. If anyone else had said these things, it would have been something really major, but it may have escaped people’s notice.

HE LIFE SPAN OF THE UMMAH WILL NOT EXCEED 1500 YEARS

2021, or 1506 according to the Islamic calendar, is the prevailing lifespan of the Ummah. But look, all great Sunni scholars such as Muhammad Hamdi Yazir of Elmali, Suyuti, Manavi, Ibn Kasir, Barzanji, Tabari, Said Nursi, Ahmed bin Hanbal, the founder of the Hanbali school, Daylami and Bistami all put the life span of the Ummah at the 1500 years. Said Nursi also says up to 1500 years. He says 1506 at most. He says in 1545, or in 2120the Doomsday will fall upon the disbelievers. That is the Sunni belief.

PEOPLE WILL SEE HAZRAT MAHDI (AS) FROM WHERE THEY SIT

ADNAN OKTAR: He says that “They will see Hazrat Mahdi (as) from where they sit at home, from their armchairs.” Everyone will see him in their homes. What does that mean? It means you will see him on the television. Our Prophet (saas) even goes on to add, “You will see him walking on the streets.” People can enjoy such forms of communication using their mobile phones. That is what he is referring to, and it is a miracle.

ADNAN OKTAR: Our Prophet (saas) makes it very clear, saying: “He is like the Prophet Yusuf (as).” He says he will disappear. They ask our Prophet (saas) how he will disappear. In describing his disappearance, he says that he will be cast into a dungeon, into prison, just like the Prophet Yusuf (as). He does not say anything about him becoming like a wraith and moving about invisibly among people. Hazrat Mahdi (as) will suffer pain and difficulty, but can someone who is invisible suffer? Can you put an invisible man in prison? An invisible man can just walk out of that prison. You cannot hold an invisible man behind bars. He will just walk out, like a spirit. He says that his concealment will last a long time and that he will be under threat just like the Prophet Musa (as). He says, “He will resemble the Prophet Musa (as) in terms of fear.” That is in terms of being threatened, at risk and in danger. Accounts even say that “The dajjal’s armed men will have Hazrat Mahdi (as) under surveillance.”

Hazrat Mahdi (as) will be concealed from them. So why should he be concealed in spirit form? Think for a moment, why should someone in spirit form bother to conceal himself at all? Why should he end up in prison? He will suffer. Our Prophet (saas) says that “Hazrat Mahdi (as) will be chained hand and foot.” He will have chains on his hands and separate chains on his feet. But how can you chain someone in the form of a spirit? That is obviously impossible. Sunni sources make it perfectly plain that Hazrat Mahdi (as) will be born to a physical mother and father and that he will be a sayyid. But because they were unable to explain this disappearance of his they said he would vanish in a spirit-like state. That is how the Shiites have interpreted it.
But our Prophet (saas) perfectly made it clear that “He will go to prison, and he will be concealed like the Prophet Musa (as).” These are his two disappearances. Ghaybat al-Sughra and Ghaybat al-Kubra, a minor disappearance and his major disappearance. In other words, he will be concealed in prison, one, and then there is his normal concealment from people, one that takes place for his personal safety. “The dajjal will persecute Hazrat Mahdi (as)” he says. ‘he will constantly beat him on his abdomen and on his back, and Hazrat Mahdi (as) will begin to expand as he beats him.” In other words, he says that his name and fame will begin to spread across the world. The media and the television of the time will attack Hazrat Mahdi (as). The more they attack him, the more Hazrat Mahdi’s (as) renown will spread. That is what he means by his being beaten on the abdomen and back.