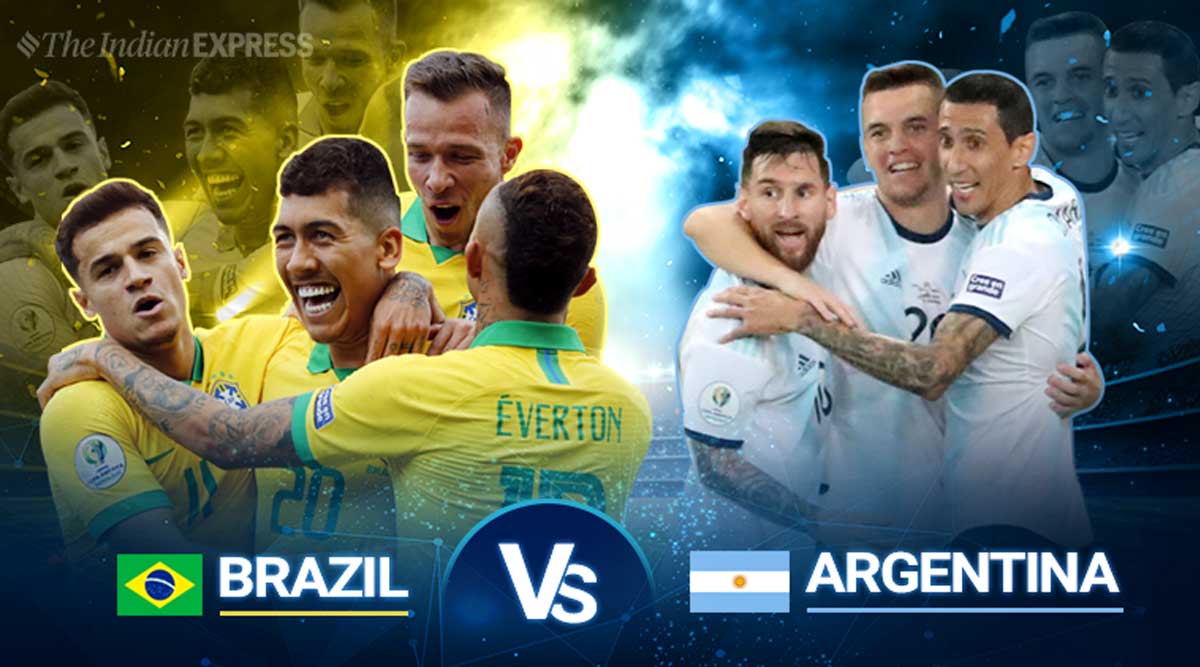 Final Match of argentina vs brazil live streaming from here

Read Also: How to Start Mobile Car Washing Business in USA – A Full Guide with E-Book

Route to the Final – Copa America Argentina vs Brazil Final 2021

Copa America Argentina vs Brazil Final: Argentina was the winner of Group-A and Brazil was the winner of Group-B obviously. The Copa America final-2021 will be Argentina vs Brazil. Both of them have given amazing performances without any doubt which brought them to the final. Argentina, Uruguay, Paraguay, Chile, and Bolivia were in Group-A. On the other hand, there was Brazil, Peru, Colombia, Ecuador, and Venezuela in Group-B.

In Group-A, Argentina faced all of its opponents furiously. Argentina won with 10 points in Group-A, Uruguay obtained the second position with 7points and Paraguay was in the third position with 6points. In the group stage, they won against Bolivia, Paraguay, Uruguay and did a draw against Chile.

In the knockout stage, Argentina faced Ecuador and Colombia where both the team gave a very good competition. But could not stop Argentina, they destroyed Ecuador by 3 goals in the Quarter-final. And the Semi-final Argentina faced Colombia which was a much tense game because the match was drawn by 1-1. It was decided by penalty shootout where Argentina won by 3-2. The last match will be Argentina vs Brazil final 2021 that will definitely be a shockwave match to watch.

In Group-B, Brazil had the highest point which is 10, Peru was in the second position with 7points and Colombia was in the third position by achieving 4 points. Brazil gave a deadly performance to all of its opponents. In the group stage, they won against Venezuela, Peru, Colombia and did a draw against Ecuador.

Brazil faced Chile and Peru where and had a really good competition in the knockout stage. But at the end of the match, Brazil won. Brazil won by 1 goal against both Chile and Peru in the Quarter-final and semi-final which made them climb straight up to the final. Now it will be the Copa America Argentina vs Brazil Final on the 10th of this month.

The squad size of Argentina is 28 and 27.7 is the average age. The total market value of the squad is $646 M. The team is in the 8th position of FIFA world ranking.

The squad size of Brazil is 25 and the average age is 27.4. The total market value of the squad is $913 M. They are in the 3rd position of FIFA world ranking.

Argentina vs Brazil is one of the most hyped matches in the era of soccer. It is also known as the “Battle of the Americas”. Most of the time both of them rank in the top ten of FIFA World Rankings and the World Football Elo Ratings.

Argentina made the largest victory by scoring 8 goals on 5th March in 1940. Both of them produced some of the best players in the world of football. From Argentina there is Jose Manuel Merono, Adolf Pedernera, ALferdo Di Stefano, Omar sivori, Mario Kempes Diego Maradona, Fernando Redondo, Gabriel Batistuta, Sergio Aguero and Lionel Messi and Pele, Garrincha, Zico, Romario, Roberto Carlos, Ronaldo, Rivaldo, Ronaldinho, Kaka and Neymar. It is really hard to say which team is better. This debate will never end but it is good. We can enjoy it as fans.

The nickname of Brazil national football team Selecao (The National Team), Canarinho (Little Canary), Verde-Amarela (The Green and Yellow), Esquadrao de Ouro (The Golden Squad). The association of the team is called Confederacao Brasileira de Futebol (CBF). CONMEBOL (South America) is the confederation of Brazil. Currently, the head coach of the team is Tite and the name of the captain is Thiago Silva. Cafu has the most captaincy for the team which is 142. And the top goalscorer is Pele for the team. BRA is the FIFA code of the team.

Brazil has won 9 Copa America titles by which they have obtained their 3rd place. Brazil has reached the final 21 times. Also, you will need to know that they haven’t participated in the 5 Copa America championships.

Argentina and Brazil are undoubtedly some of the best teams from the American Region and as well as in the world. Their match was always so much intense to watch as they always faced each other in a competitive environment.