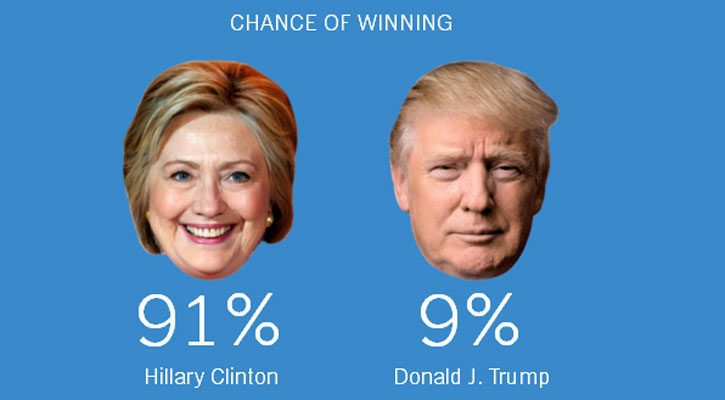 At last, Donald Trump became the 45th President of United States of America. Hillary Clinton lost this game totally. Though, in the election, Hilary was the right person for USA, but, in the wish of Allah, she lost totally.

In this victory, Barac Obama And Michel Obama are totally astonished though they contribute a great contribution. They tried a lot on behalf of Hilary. They hoped that Michelle Obama will be foreign minister of Hilary.

Before this election, Hilary was the foreign minister of Obama an she performed well.