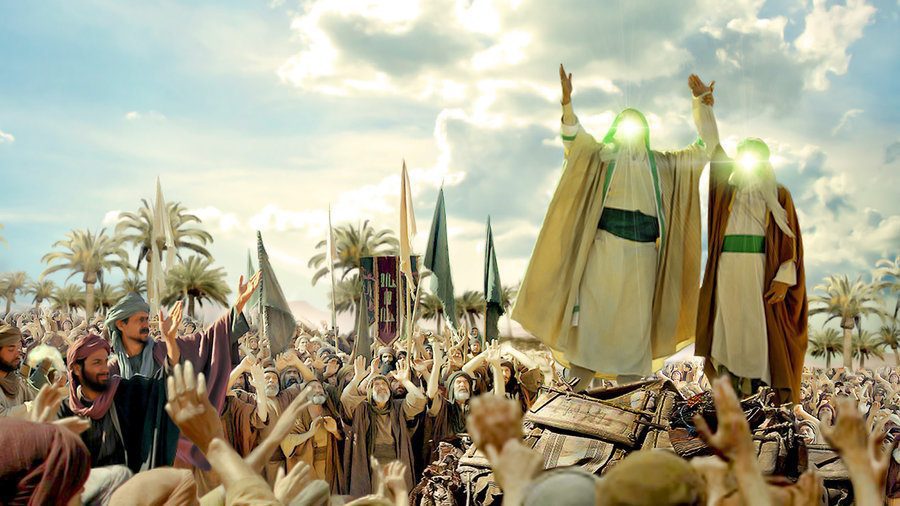 Gadire Khumm will be Alive Again after Arrival of Imam Mahdi. He will keep it alive again. He will show the people to the Islam which was shown by Prophet Muhammad And his Sahabi.

But what is Gadire Khumm?

What happened on the day of Ghadir Khumm?

Ghadir Khumm is a location some miles from Makkah on the road to Madinah. When the Prophet (pbuh) was passing by this place on 18 Dhu’l Hijja (10 March 632) on his return from the Farewell Pilgrimage, the verse “O Messenger, Proclaim what has been sent down…” was revealed.  He therefore stopped to make an announcement to the pilgrims who accompanied him from Makkah and who were to disperse from that junction to their respective destinations.  By the orders of the Prophet (pbuh) a special pulpit made of branches of trees was erected for him.  After the noon prayer the Prophet (pbuh) sat on the pulpit and made his last public address to the largest gathering before his death three months later.

The highlight of his sermon was when, taking Imam ‘Ali (as) by the hand, the Prophet (pbuh) asked his followers whether he was superior in authority (mawla) to the believers themselves.  The crowd cried out in one voice: “It is so, O Apostle of Allah”.

Immediately after the Prophet (pbuh) finished his speech, the following verse of the Qur’an was revealed:

Today I have perfected your religion and completed my favor upon you, and I was satisfied that Islam be your religion.  (Holy Qur’an 5:3)

After his speech, the Prophet (pbuh) asked everybody to give the oath of allegiance to ‘Ali (as) and congratulate him. Among those who did so was ‘Umar bin al-Khattab, who said: “Well done Ibn Abi Talib! Today you became the master of all believing men and women.”

An Arab, having heard of the event of Ghadir Khumm, came up to the Prophet (pbuh) and said: “You commanded us to testify that there is no deity but Allah and that you are the Messenger of Allah. We obeyed you. You ordered us to perform the prayers five times a day and we obeyed. You ordered us to observe fasts during the month of Ramadhan and we obeyed. Then you commanded us to offer pilgrimage to Makkah and we obeyed.
But you are not satisfied with all this and you raised your cousin by your hand and imposed him upon us as our master by saying ‘Ali is the mawla of whom I am mawla.’ Is this imposition from Allah or from you?”
The Prophet (pbuh) said : “By Allah who is the only deity! This is from Allah, the Mighty and the Glorious.”

On hearing this reply the man turned back and proceeded towards his she-camel saying: “O Allah! If what Muhammad (pbuh) said is correct then fling on us a stone from the sky and subject us to severe pain and torture.” He had not reached his she-camel when Allah flung at him a stone which struck him on his head, penetrated his body and left him dead. It was on this occasion that Allah, the exalted, caused to descend the following verses:

A questioner questioned about the punishment to fall. For the disbelievers there is nothing to avert it, from Allah the Lord of the Ascent. (Qur’an 70:1-3)