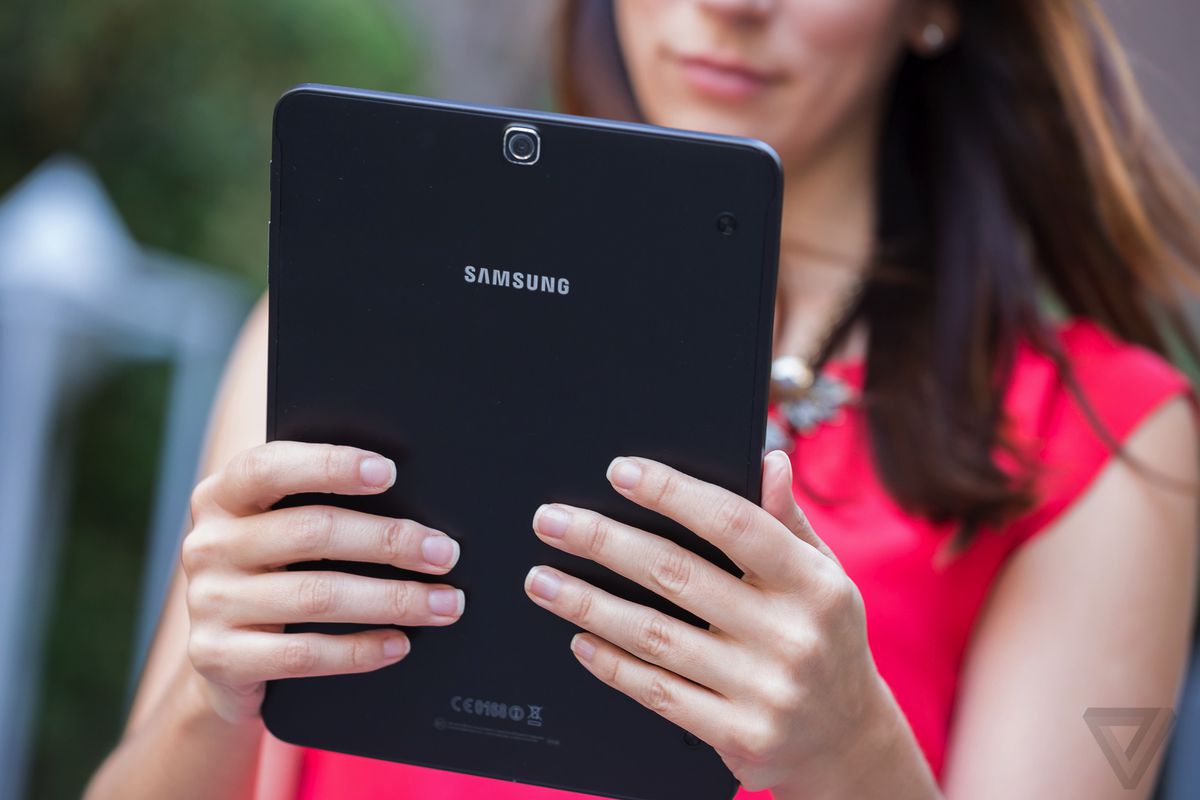 The Samsung Galaxy Tab S2 8.0 measure 5.6mm thin and weigh 265g. This model come with a touch-enabled fingerprint scanner built into the home buttons. Multitasking allows the user to run two applications at a time and Pop-Up Windows will give Galaxy Tab 2 users the ability to quickly navigate between multiple applications.

The Samsung Galaxy Tab S2 8.0 features an 8″ Super AMOLED screen (1536pix x 2048pix). This samsung galaxy tab model will be powered by an octa-core CPU with 4 cores running at 1.9 GHz. It has 3GB RAM inside along with 32GB/64GB of internal storage. It requiring more memory can access the 128GB capacity microSD slot.

JK Shin, CEO and President, IT & Mobile Division, Samsung Electronics said, “Samsung Galaxy Tab S2 8.0 is not only the thinnest and lightest tablet of Samsung but also it  gives users quick, easy access to a wealth of superior viewing and productivity features. Samsung believes that the Samsung Galaxy Tab S2 is the most complete personal visual device designed for end customer to carry and use anywhere.”

Each Samsung Galaxy tab s2 8.0 is available with Wi-Fi and with 4G LTE connectivity. The Samsung Galaxy Tab S2 8.0 will be launched next month (August 2015), and pricing will be under your budget.

The Samsung Galaxy Tab S2 8.0 will come with Wi-Fi and LTE-enabled versions. Specifications include Super AMOLED panel with a resolution of 1536×2048 pix, paired with 3-GB of RAM, a 64bit Exynos 7 Octa 5433 SOC, a microSD card slot, 64/32GB of integrated storage space, touch-enabled fingerprint scanner built into the home buttons, an 8MP camera, and a 2.1 MP front camera. The tablet is powered by 4000mAh battery and runs Android 5.0.

Let us give a review on it.