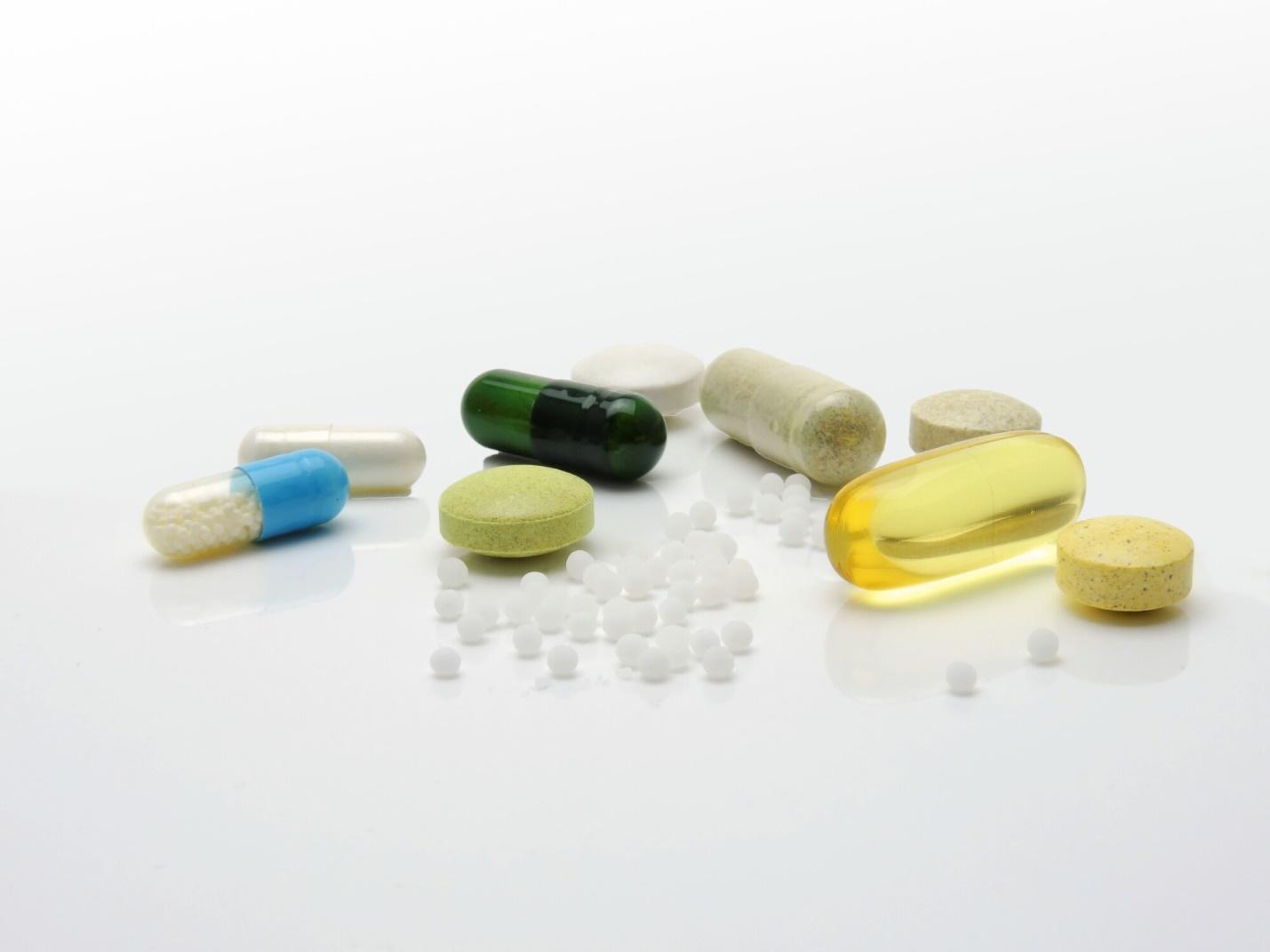 If you’re one of those gym enthusiasts who’s pumping iron as if their life depends on it, you’re right. Harvard University studies highlight the importance of strength training for longevity and avoiding potentially life-threatening diseases.

According to their findings, strength training is particularly effective against heart disease and cancer.

There’s a good chance you’re lifting weights for an entirely different reason, though. You want muscle gains, and you want them fast.

If that’s the case, you’re bound to have heard about SARMs. Before you dive in and try one of these contentious substances, read this to find out how they work and whether they’re safe to use.

While steroidal SARMs have been around since the 1940s, the non-steroidal variety only came about in the late 1990s. They were an accidental discovery, resulting from Professor James T. Dalton’s research into prostate cancer treatments.

During his studies, Professor Dalton discovered how to modify the chemical structure of a testosterone molecule, using a chemical called Andarine.

While his work might not have revealed a cancer cure, he did notice that Andarine affected muscle mass the same way anabolic steroids do. Yet, it didn’t seem to cause any of the side effects associated with steroids.

This opened up a new avenue of research into a cure for muscle-wasting diseases. A few years later, he discovered Ostarine, years later.

During tests, Ostarine showed the ability to increase muscle mass and burn body fat at the same time.

Since then, researchers have figured out how to use SARMs for treating serious ailments, like osteoporosis, muscle wasting, multiple sclerosis, and cancer.

Despite a growing body of studies surrounding SARMs, they’re still in the experimental stage.

What Do SARMs Do?

Anabolic steroids have an all-or-nothing effect on the body. They bind to all the androgen receptors in the body, which is what causes the negative side effects and health risks associated with steroids.

As the name suggests, Selective Androgen Receptor Modulators are molecules that target specific receptors in muscle tissue cells. In this way, they mimic how testosterone naturally acts in the body.

This eliminates the risk of growth in unwanted areas, which can lead to prostate cancer and liver damage.

We’ve outlined some of the differences between SARMs and steroids above, but the major differences lie in the side effects. Steroids can produce severe and sometimes irreversible, unwanted conditions, especially after prolonged use.

Over time, steroids hamper testosterone production, leading to the testes shrinking. Some bodybuilders take extra drugs to manage these issues, placing even more strain on their livers.

Since they’re still under investigation, SARM side effects aren’t as widely known. Some studies suggest they may cause the following issues:

However, few studies have progressed to late-stage levels involving human subjects. So most of this information comes from experiments involving laboratory rats.

In short, it’s too early to pinpoint any side effects associated with SARMs, let alone any long-term problems. That’s why the FDA urges those tempted to try SARMs recreationally to proceed with caution.

The FDA does not recommend the use of SARMs as prescription medications, supplements, or recreational drugs. They’re widely banned in sports, and several sports authorities include them on their banned substances lists.

Apart from the uncertainty surrounding the health risks of SARMs, these organizations believe they give athletes an unfair advantage when used in sports. Thus, they’re banned from all competitive sports.

These statements alone suggest that SARMs do work as they’re intended, i.e. to improve muscle and bone density.

You can’t buy SARMs over the counter or ask your doctor to prescribe them, but you will find them for sale legally in liquid form for research purposes.

What Effect Do SARMs Have on Humans?

Despite these warnings, many people have tried SARMs, and anecdotal evidence suggests positive results when using them. They’re effective for increasing muscle mass and reducing body fat.

There are several diverse types of SARMs that have undergone extensive studies. Each interacts with the human body in a slightly different way.

These are the most common ones:

It targets the anabolic tissues faster than androgenic ones. Studies show that Andarine doesn’t bind to the androgen receptor 335 as effectively as testosterone.

Yet, it does build muscle mass and increase strength considerably. Andarine doesn’t suppress FSH or LD significantly, so it doesn’t affect the prostate gland.

These characteristics imply that Andarine might help decrease LPL, which stores fat, during the fat-loss phase of weight training.

There are three serious side effects associated with Andarine. These are:

Researchers noted the following changes in the test subjects:

These effects place Ostarine on the wish list of bodybuilders wanting to maximize the recomposition and bulking phase.

While Ostarine might offer the potential for fat burning while building muscle, researchers also noted some side effects:

The HPG axis refers to the hypothalamus, pituitary gland, and gonads. When combined with excess estradiol, suppression of this trio can cause gynecomastia, liver damage, and hyperthyroidism.

Ligandrol comes from the pioneers of SARMs research, Ligand Pharmaceuticals.

In these tests, the subjects tolerated a maximum of 22 mg of Ligandrol daily for 14 days. At the same time, researchers noticed the following changes in the participants:

Ligandrol works without an intra-week cycling protocol, as Andarine does. It doesn’t increase FSH, LH, estradiol, or PSA (Prostate-Specific Antigens), either.

Dosages above 5 mg per day may decrease total testosterone values and HDL. These side effects can cause low libido, headaches, fatigue, and nausea.

Cardarine, also known as GW-501516, isn’t technically a SARM. It’s a selective activator that acts like a SARM.

Due to these effects on the body, it’s easy to mistake Cardarine for a SARM.

However, these studies did discover one serious side effect during tests on rats. Very high doses of Cardarine caused cancer in these laboratory animals.

While it’s tempting to use low-dose Cardarine as a way to slim down while increasing aerobic and anaerobic endurance, Cardarine is also banned by global sporting bodies.

Lesser-Known SARMs and Their Potential

Apart from the top four SARMs, there are a host of these substances that are so obscure they still go by numbers instead of names. These are the most widely tested of the lesser-known SARMs:

BMS-564,929 is extremely specific and acts only on androgen receptors. As such, it’s one of the few SARMs that’s undergone clinical trials with human subjects.

Due to its high selectivity, this SARM doesn’t affect aromatase, SHBG (Sex hormone-binding globulin), or the prostate to a noteworthy degree.

It’s currently in development as a potential treatment for age-related functional decline. In some cases, this SARM has produced side effects like:

So, while bodybuilders might overlook BMS-564,929 as a waste of their time, it’s of great interest to the medical profession.

AC-262,356 is about 66% as effective as testosterone when it comes to producing anabolic effects. As an androgen, it has a potency of around 27%.

Thus, it doesn’t have a significant effect on the prostate and seminal vesicle.

These results suggest that further research may reveal a potential for hormone regulation using this SARM.

JNJ-28330835 underwent studies to assess its potential for increasing muscle mass while decreasing prostate weight. It had no effect on the prostate at all when tested on lab rats.

When the researchers castrated the rats, they saw significant gains in lean muscle mass.

Few bodybuilders are likely to sign up for these terms and conditions. Yet, the compound does show promise in minimizing muscle mass losses as testosterone decreases with age.

It did not affect prostate size.

These studies also revealed that LGD-2226 decreased bone turnover rate, but increased bone formation. Most treatments only work on one of these pathways.

Previous studies investigated LGD-2226’s ability to increase muscle mass and libido, but these studies still have a long way to go when it comes to human testing.

During laboratory tests, LGD produced no negative effects on the androgenic organs, even at very high doses. It did produce increased muscle mass when given to the lab rats both orally and via continuous infusions.

Also known as PSK-3841 and HMR-3841, RU58841 was initially tested as a topical treatment to combat hirsutism, androgenetic alopecia, and acne.

These results indicate that further studies into RU58841 for hair loss might provide promising results in the realm of hair loss treatments.

S-40503 may increase BMD and muscle mass at a similar rate to DHT. Unlike DHT, it does not impact the weight of the prostate.

Laboratory studies on rats showed that both male and female specimens experienced a decrease in bone breakdown, but showed no significant muscle gains.

S-23 has a high affinity for binding to androgen receptors. In tests on lab rats, it reduced fat mass, decreased prostate size, and increased muscle mass across the board.

Researchers are wary of decreased prostate size for human applications, as it can indicate an androgen deficiency.

Within 100 days of ceasing treatment, these rats became 100% fertile again. These results are of great interest to the birth control industry and warrant further studies into this SARM.

Great Gains Begin With the Basics

Before you submit to the temptation of SARMs as a quick fix for your weight-gain woes, make sure you’re doing everything right at the grassroots level first.

Speak to a nutritionist about the best diet to complement muscle gains, refine your exercise program, and look at your lifestyle.

If you’re still interested, you should have an open conversation with your doctor about whether they think SARMs are a good option for you. They might have access to further studies that you’re unaware of.

For more of the best tips when it comes to healthy living and sports, bookmark our website, and check back regularly for updates.