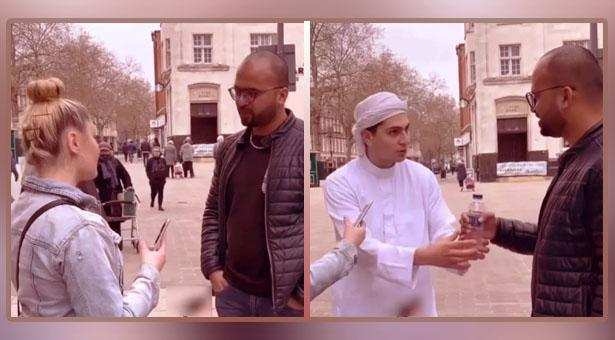 Ramadan of Mercy and Blessings brings heavenly holiness for Muslims. At this time of year, Muslims fast and abstain from all kinds of food and drink.

But will you break the fast of a Muslim in exchange for some big worldly greed or reward? There is no provision for breaking the fast without sufficient logical reason. But if someone breaks it, he should fast for two whole months instead of one. Or have to pay the atonement.

As seen in a video challenge, a YouTuber stopped a fasting person. When he broke his fast by drinking water, he promised to give him an iPhone 12 Pro Max as a gift.

Then an Arabic-speaker came and was offered the same. But he agreed to break the fast in exchange for the iPhone. But then the person who got the first offer snatched the bottle from him and poured water on the ground.

Then the RV-speaker also agreed to lick water from the ground, if he was given an iPhone. In the end, he could not overcome the obstacle of the person next to him. Later, the person was given the iPhone as a gift for inflexibility due to fasting.