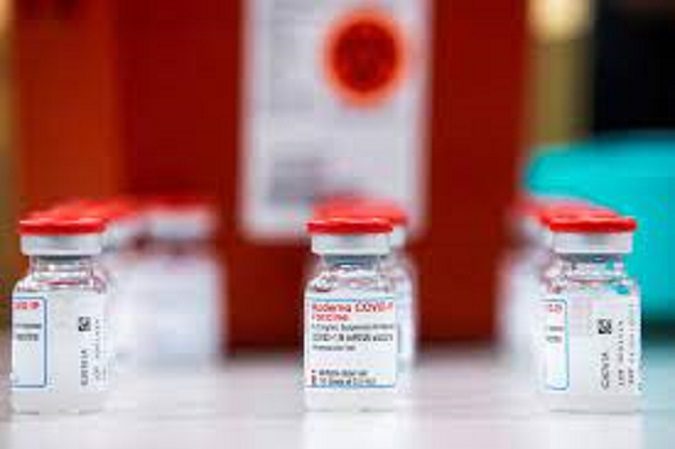 The World Health Organization (WHO) has listed the US-based vaccine Moderna Covid-19 for emergency use. This information was given by the organization on Friday. Countries that were having trouble getting effective vaccines as a result of enrollment of the vaccine for emergency use will be able to get it quickly. In addition, the World Health Organization’s CoVAX initiative will make it easier to vaccinate poor countries.

A total of five vaccines, including the modern vaccine, have so far been approved by the World Health Organization for emergency use, according to a report by the AFP news agency. The US Food and Drug Administration (FDA) approved the modern vaccine for emergency use on December 16 last year. Then on January 8, the European Medicines Agency declared the marketing of the moderna vaccine legal across Europe.

The World Health Organization (WHO) said in a statement that its Strategic Advisory Group of Experts on Immunization (SAGE) had examined the moderna vaccine at 94.1%.

Other vaccines that have received emergency approval from the World Health Organization for emergency use include Pfizer-Bioentech, AstraZeneca, Serum Institute of India and Janssen vaccines.

Modern authorities said last Thursday that they expect to produce 300 million doses of the vaccine by 2022. In this case, the commitment to provide new funds will increase the supply to their manufacturing plants in Europe and the United States.

Earlier, a US study found that the moderna vaccine was highly effective in preventing coronavirus in the elderly. Older people are at higher risk of coronary heart disease and death due to various diseases. However, the modern vaccine reduces the risk of older people being hospitalized.

The Washington Post reports that the US government released the study last Wednesday. According to the US Centers for Disease Control and Prevention (CDC), the findings of the study on the effectiveness of the Pfizer and Modern vaccines are not surprising. This is because both vaccines are the first in the United States to present data that can prevent serious illnesses of Covid-19. It has been seen in the experimental application of these two ticks.

Studies have shown that people aged 65 and over who take all doses of the vaccine have a 94 percent lower risk of being hospitalized with Covid-19. According to CDC sources, after taking one dose, the risk is reduced by 74 percent.

Moderna vaccines will benefit from Pfizer vaccines in at least two cases. Modern vaccines do not require extreme cooling to be stored or supplied. Special refrigerators are not required for its supply and storage in extreme cold conditions.

As a result, it can be easily served anywhere and stored in a regular refrigerator. No mixture is required before using the moderna vaccine.
Moderna has been assisted by the National Institutes of Health in the United States in developing this vaccine. The country has tested 30,000 volunteers, including the elderly who are at high risk.

Moderna says about the side effects of the vaccine, it is quite tolerable. After the first dose, fatigue, muscle aches, joint pain, headache, and pain and redness appear at the site where the injection is applied. The level of these side effects increased slightly after the second dose of the vaccine was applied. Apart from this, no serious or new side effects were seen.

In March last year, Modernna, a Massachusetts-based biotechnology company, began experimenting with a new vaccine in humans. This vaccine is based on Messenger RNA (MRNA), which carries the genetic material of the virus and teaches the body’s immune system to fight the virus.