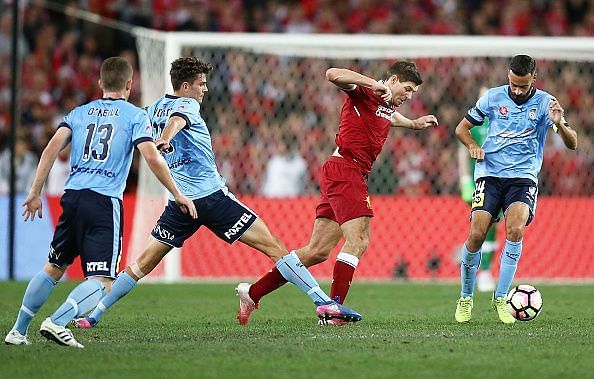 In modern football, Midfielders are not given the needed recognition as Strikers. Why? Strikers score goals and hit the newspapers headlines. But football fans forget the real creators of the goals – the midfielders. Here, we’ll highlight why Midfielders should be more appreciated in modern football.

In this piece, we will consider all kinds of midfielders; Defensive, Central, and Attacking Midfielders. Also, we’ll consider 4 key reasons why Midfielders today should be more appreciated.

Now, let’s get to the real deal.

Football Midfielders Are The Engine Room of Every Football Team

The popular saying in football is that the best part of a football match happens in the middle of the park.

The Midfielders are responsible for taking charge of their team, controlling the tempo, and launching attacks.

In most cases, Midfielders have more touches of the ball than strikers or defenders (including the Goalkeeper).

In every successful team, there must be a very solid, fluid, and creative set of Midfielders.

A typical example of an engine room Midfielder is Toni Kroos, whom Real Madrid Signed from Bayern Munich.

Football is all about goals. That is why there is a biased view of Strikers than Midfielders. For every goal scored, no one talks about the creator, only the Goalscorer gets the headline.

It is even more so because the official stadium scoreboard has no space for “Assists”, except the scoreline and goalscorers.

Midfielders should be given more credit for the effort in creating goals. They should hit the headlines as much as goalscorers do because, without a creator, there would be no goals.

The job of the Ball-winning Midfielder is to stop the opposition’s attack. The importance of this duty in a football match cannot be overstated. If every attack launched by the opposition is stopped or intercepted, there are better chances of winning a Football match.

In general, Midfielders contribute a lot to the defense of a team than Strikers do. This is another important reason why Midfielders should be more appreciated.

Nonetheless, Midfielders should be more appreciated for their effort in keeping possession of the ball as it contributes immensely to winning.

Having considered why Midfielders should be more appreciated, it is also important to mention that defenders and Goalkeepers are also important parts of a football team.

Some of the Best Midfielders in the World are actually very good at what they do but a few of them score goals regularly as well.

However, we must learn to appreciate these midfielders whether they score goals or not. Their primary duty is not to score but to create and help the defense out.