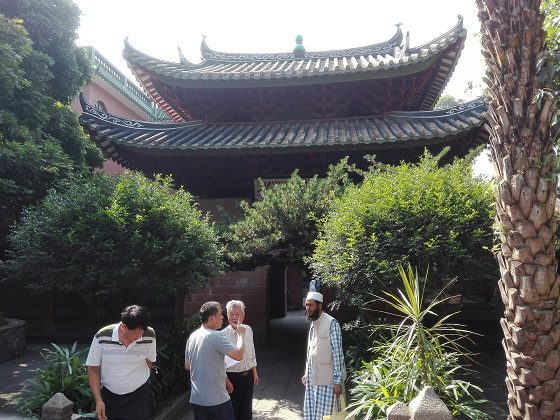 Huaisheng Mosque is known as the Great and oldest Mosque of Guangzhou, China. In fact, it is the one city in China at which Islam came first before spreading to other parts of South Asia. It was the 7th century when Islam finally entered into the Chinese shores.

Literally, the name “Huaisheng” means, “remember the sage”. Hence, the Huaisheng mosque in Guangzhou is basically a structure which shows the respect to Mohammad (Sallallahu Alaihi Wasallam). It is basically located in the Guangta Lu (Lu means Road, so, Gunagta Road), near Ximekou metro station. It is 500 meters away from Ximekou metro station. This Huainsheng mosque was built in the year 627 AD which was the time of the Tang Dynasty. This mosque in Guangzhou covers an area of 2,966 square meters. This mosque comprises of six important parts – the Wagyue Attic, the Imam Hall, the Storehouse of Islamic Scriptures, the Covered Corridor, the Light Tower, and the Stone Steles Pavillion.

The complete mosque showcases the architectural style of the Tang Dynasty. But it changes once you come to the Light Tower. 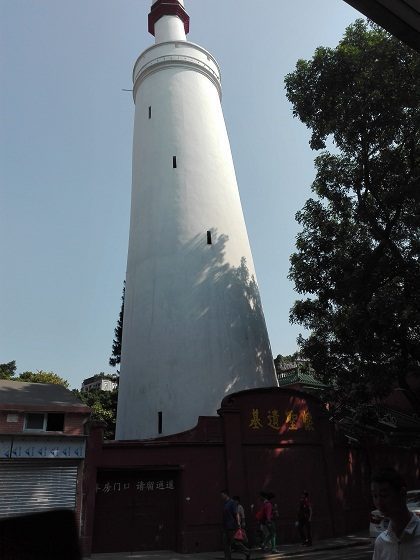 It is believed that the Light Tower was used to work as a beacon so that the ships and boats passing through the Zhujiang River can knew that they were going to the venture into the starting point of the marine ‘silk route”. This tower is about 36 meters high, and used to be the tallest structure in the city, even a few years back.

How to Go to Huaisheng Mosque:

You can go to Huaisheng mosque by three ways:

1) By Bus: Normally, in Guangzhou city, 56 & 58 No. bus go to Guangta Lu (Near Huaisheng Mosque) and their last stoppage is there. You can use 56 No bus or 58 No bus which run in Guangzhou city.

2) By Metro: You can easily use Guangzhou Metro service which is cheap. It is better also. To go to Huaisheng mosque, you have to go to Ximenkou station and then, exit from “B” gate. After that, walk about 500 meters (5-6 minutes), then, you will reach to Huaisheng mosque.

3) By Taxi: You can use Guangzhou taxi service to go to Guangtu Lu (Huaisheng Mosque).

Let us see the inside of the Huaisheng Mosque China. Inside is very beautiful. In the upper side, there is written in Arabic “La Ilaaha IllAllahu Muhammadur Rasulullah”. Five times prayer is done regularly. Normally, they start Faraz prayer just after Azan. Azan is given in the loud speaker. There is no Mic (Amplifier) outside of the mosque.

There is a training center beside the Huaisheng mosque for the Chinese Muslim.