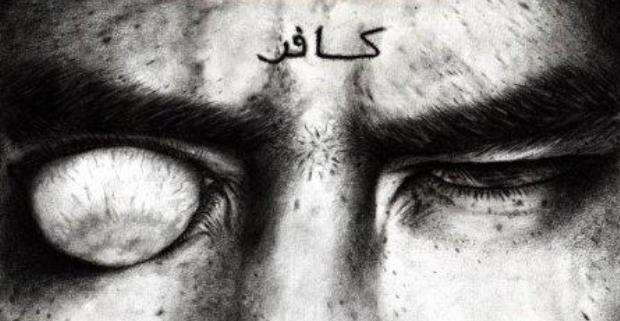 One of the ten big signs that will appear near Judgement Day is the ‘Emergence of Dajjal’ and introduction to dajjal. Throughout human history, the mischief of Dajjal is the worst and the most dangerous one. The enormity and severity of his mischief can be realized by the fact that every Prophet warned his Ummah about it. (introduction to dajjal)

Introduction and types of Dajjaal

Today you will know about the introduction to dajjal. Dajjaal means a grave liar. Since Dajjaal will also tell a lie by mixing the truth with falsehood, he is also called Dajjaal. He will first present himself as a believer and will call people towards good but later on, he will claim to be a prophet and finally to be god. It is said that he will be of Jewish origin.(Fath-ul-Bari, vol. 14, pp. 78; Al-Tazkirah Li-Qurtubi, pp. 607’ Mirat-ul-Manajih, vol. 7, pp. 276)

Mufti Ahmad Yar Khan Na’eemi رَحْمَةُ اللّٰهُ عَلَيْه has said: There are two types of Dajjaal; minor and major. As for minor Dajjals, there were and will be many of them. Every false prophet, false Maulvi, Sufi, who misguides people is Dajjaal. Major Dajjaal is only one who will claim to be god. (Mirat-ul-Manajih, vol. 7, pp. 276)introduction to dajjal.

Imam Muhammad Bin Ahmad Qurtubi رَحْمَةُ اللّٰهِ عَلَيْه has said, ‘To believe in the existence of Dajjaal and in his appearance (near the Judgment Day) is the truth and is the doctrine of the Ahl-e-Sunnat and has been generally adopted by Islamic Jurists and Hadees scholars.’. (Al-Tazkirah Li-Qurtubi, pp. 612)

Based on Ahadees, the following appearance of Dajjaal has been narrated. He will be a tall and one-eyed young man. His defective eye will be like a swollen grape and the other eye will be blood-stained. His chest will be wide but slightly sunken. He will have a wide forehead with ك ف ر meaning کافر written between both of his eyes. Every Muslim will be able to read it whether he knows how to read and write or not. Dajjaal will have curly hair. (Bukhari, vol. 4, pp. 450, Hadees 7128; Muslim, pp. 1199, Hadees 7364-7367; Al-Tazkirah Li-Qurtubi, pp. 640)

Emergence of Dajjaal(Introduction To Dajjal)

Before the emergence of Dajjaal, the world will be in the worst condition. As mentioned in blessed Ahadees, there will be widespread famine around the world. In the 1st year, the sky will stop one third of rain and the earth will stop one third of production. In the 2nd year, the sky will stop two third of rain and the earth will stop two third of production, whereas in the 3rd year the sky will stop rain completely and the earth will stop its all production. The sky will be turned into glass and the earth into copper. (Due to this drought) all animals will die. Mischiefs will be widespread. Men will be killing and exiling each other. Then Dajjaal will emerge from a city called Asfahan or Khurasan in the east. In addition to the famine, there will also be lack of knowledge and spirituality. People will be weak in their religious matters. There will be lack of Islamic scholars and religious people. (Tirmizi, vol. 4, pp. 102, Hadees 2244’ Musnad-e-Imam Ahmad, vol. 10, pp. 435, Hadees 27639’ Al-Tazkirah, Li-Qurtubi, pp. 610-615)

Duration of his stay on earth and visit around it

Dajjaal will stay on the earth for 40 days. The first of these days will be equal to one year, the second day will be equal to a month, the third one will be equal to a week and the remaining days will be like normal days of a year. (Muslim, pp. 1200, Hadees 7373) Dajjaal will move around the entire world riding on his donkey. The donkey will be so big in size that the distance between both of his ears will be equal to 40 arms. The speed of his donkey will be so fast that it will cover the distance of one mile by taking a single step. On the earth, he will go to every area whether deserts or mountains or plains. However, he will not be able to enter Makkah and Madinah as they will be guarded by angels but he will stay on the quagmire outside (Madinah). Three tremors will occur in Madinah, causing every disbeliever and hypocrite to run away from Madinah and to join Dajjaal. That day, the holy city of Madinah will be free from every male and female hypocrite and transgressor. That’s why, this day is also named as Yaum-ul-Khallaas. According to some narrations, Dajjaal will also not be able to go to Bayt-ul-Muqaddas and the mountain of Toor. (Muslim, pp. 1206, Hadees 2943; Mustadrak lil-Haakim, vol. 5, pp. 753, Hadees 8675’ Al-Tazkirah Li-Qurtubi, pp. 614-615-616)

Tricks of Dajjaal and their reality

Dajjaal will try to destroy the faith of people through his different tricks. It is stated in a blessed Hadees that there will be mountains of loaves of bread with him. All people other than the followers of Dajjaal will be in extreme trouble. There will be two streams with him. He will name one of them as Jannah and the other as Hell. In fact, the one he will call Jannah will be Hell and the one he will call Hell will be Jannah. It will rain from the sky when he commands and, after killing a person, Dajjaal will bring back the killed person to life in front of people. (Musnad Imam Ahmad, vol. 5, pp. 156, Hadees 1495

Worried by the mischiefs of Dajjaal, believers will run away in extreme trouble and will take shelter in the mountain named ‘Jabal-e-Dukhan’ but Dajjaal will chase after them and surround the mountain. Believers will be in extreme hunger and trouble. Then Allah عَزَّوَجَلَّ will send Sayyiduna ‘Isa عَـلَيْـهِ الـسَّـلَام. As soon as Dajjaal will see Sayyiduna ‘Isa عَـلَيْـهِ الـسَّـلَام , Dajjaal will dissolve as salt dissolves into water and he عَـلَيْـهِ الـسَّـلَام will kill Dajjaal at the place of ‘Ludd [لُدّ]’ and will not leave alive even a single person from amongst the followers of Dajjaal. (Musnad Imam Ahmad, vol. 5, pp. 156, Hadees 14959; Muslim, pp. 1200, Hadees 7373)

We created a series video about it . just watch and know: